STAR WARS RESISTANCE - "Secrets and Holograms" - When a determined Kaz tries to discover the truth about Captain Doza, he and Torra embark on an adventure where they uncover more about the tower than either bargained for. This episode of "Star Wars Resistance" airs Sunday, December 2 (10:00 - 10:30 P.M. EST) on Disney Channel. (Disney Channel) BB-8, TORRA, KAZ

Kaz is on a mission to find a connection between Doza and the First Order. Not only does he get some concrete information, but he finds other surprising secrets hiding in Doza’s closet.

Time is ticking away and Kaz still doesn’t have any evidence to share with the Resistance about Captain Doza’s dealings with the First Order. His luck finally changes when he bumps into Torra Doza. While Kaz wants to find proof, Torra desperately desires to live her life outside of the tower. Duty and friendship conflict with each other in this episode, leaving us curious about what Torra will do next about Kaz’s obvious mission as a spy.

The suspenseful and action-packed moments in “Secrets and Holograms” felt similar to “The High Tower,” an earlier episode in the series that also took place in Doza Tower. Turns out, both episodes were written by Stephany Folsom. Her scripts and the show in general have done a great job at serving up a balanced mix of intrigue, action, and mystery.

That said, there is one major character detail that made us feel like we were watching The Little Mermaid, so let’s get to it.

Torra is bored out of her mind and decides to visit her father. He’s surprised to see her, especially since he’s waiting to meet with the First Order. He reminds her he’s keeping her secluded for her own protection. When she returns to her room, instead of wasting her time there, she finds a way to escape and do some exploring of her own.

While the episode finally gives us more Torra, it also comes with the overprotective dad trope. Remember King Triton in The Little Mermaid and how he forbade Ariel from going to the surface? It was frustrating back then and it’s even more frustrating today. In a day and age when we’re trying to empower women of all ages, it’s disappointing to see this trope in a Star Wars story.

It’s also disappointing that we have yet another father-daughter relationship. We’ve seen it before with Leia and Bail Organa, Jyn and Galen Erso, and Hera and Cham Syndulla. Just imagine how amazing it would have been had Captain Doza been Torra’s mother instead. Speaking of which, where is Torra’s mom? Is she dead, like the other moms in Star Wars?

Don’t get us wrong. We love Star Wars Resistance, but sometimes, it’s difficult to enjoy something fully when it’s perpetuating the same age-old patterns.

Kaz knows he needs to get into Doza Tower in order to gather more intel. When BB-8 takes him to a service entrance, Torra bumps into him. She’s happy to see a familiar face and drags him to the market. There, the people surround her with questions about her father. To cheer her up and get himself into Doza Tower, Kaz joins her for a game of Flight Simulator Squadron.

When we first watched this episode, we were worried Kaz was going to use Torra’s kindness and need for friendship to his advantage. While that sort of happened, we appreciate the fact that he showed genuine interest in her games and played at least one round with her.

It’s also interesting how Captain Doza doesn’t communicate with his people at all. They have no idea why the pirates attacked and what’s being done about the situation. The lack of communication and reassurance just goes to show how Doza isn’t an effective leader. Come to think of it, it’s kind of Imperialistic of him by keeping things a secret and keeping a firm division between himself and the rest of his station.

The flight simulator game is a touch of genius. Not only does it give us an idea of what some people do for fun in the Star Wars galaxy, but it’s just another great way to connect Star Wars to the younger generation.

Once in the tower, Kaz comes face to face with Jace Rucklin. In order to gain enough money to buy a new racer, Rucklin works as a server. Unfortunately for Kaz and Torra, their gaming time is cut short, but this gives Kaz the opportunity to search Doza’s office. Rucklin sees him enter and informs Doza of an intruder.

As we mentioned in our “Fuel for the Fire” review, Jace is the Draco Malfoy of the series. He knows he did something wrong, he hasn’t fessed up to it, and he just continues to blame Kaz for the loss of his racer. He wants to get back at Kaz so badly that he even snitches on him. Not because he thinks it’s the right thing to do but because he’ll be satisfied with Kaz getting into trouble.

Will he ever come to his senses and turn over a new leaf? We don’t see it happening, but you never know.

After extracting information from Doza’s datapad, Kaz quickly finds a hiding place in Doza’s closet. There, he discovers an old Imperial uniform. He connects it back to Doza.

This part surprised us. We were so preoccupied with Doza’s intentions with the First Order, we didn’t think to connect Doza to the Empire. This new detail brings up even more questions: Was he stationed on the Colossus during the days of the Empire? Did he keep in touch with the Imperial remnants that were left over? Was he relieved to know the Empire fell? Is that why he’s hesitant to make a deal with the First Order?

It’s funny how this Imperial uniform changes our perspective on his character. He knows what the First Order is capable of doing because he was part of the might of the Empire.

And while our first instinct is to label him as a bad guy because of his association to the Empire, we don’t know the full story. There were people in the Empire who weren’t like Grand Moff Tarkin, Orson Krennic, and the other Imperials who only cared about power. There were good people who thought they were bringing peace to the galaxy. Maybe, Captain Doza was one of those people.

Whatever the case may be, we absolutely love how the writers keep dropping nuggets of information here and there. It’s like a scavenger hunt and each episode yields a new piece of the puzzle. We can’t wait to discover more interesting details in the future.

On his way out of Doza’s office, Torra finds him and helps him sneak out through the trash incinerator. Kaz, Torra, and BB-8 make it out alive, and Torra takes the chance to ask Kaz whether he’s a spy. Kaz lies, but she suspects something is going on and she’s determined to find out the truth. 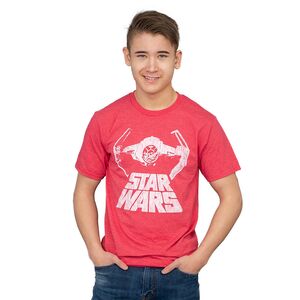 Going through the trash incinerator wasn’t the best idea, but it turned out to be an amusing nod to the trash compactor scene in A New Hope.

As for Kaz lying to Torra, he has to lie in order to protect his mission. He’s not doing it to be cruel or mean to Torra. The thing is he’s the worst liar in the galaxy. She had her suspicions and he confirmed them by blatantly lying to her. How is this going to affect their friendship moving forward?

Lastly, the episode ends on an interesting note because now she wants to know the truth. He’s not going to tell her, so she’s going to find out herself. It parallels what happens at the end of “The High Tower.” Kaz escapes the First Order and ends up in surveillance footage that Captain Doza eventually uses to identify him. Unlike her father, how far is Torra willing to go to find out more about him and his mission?

We think Torra is going to be an obstacle for Kaz, but we also think her rebellious nature and the Sabine Wren firebird poster hanging up on her bedroom wall are indicators of how she’ll be a potential ally in the future. Here’s hoping that’ll be the case.

Must Read: The truth about Yeager’s family

What are your thoughts about this episode? What was your reaction when finding out Captain Doza used to be part of the Empire? Do you think Kaz lying to Torra is going to negatively affect his friendship with her?