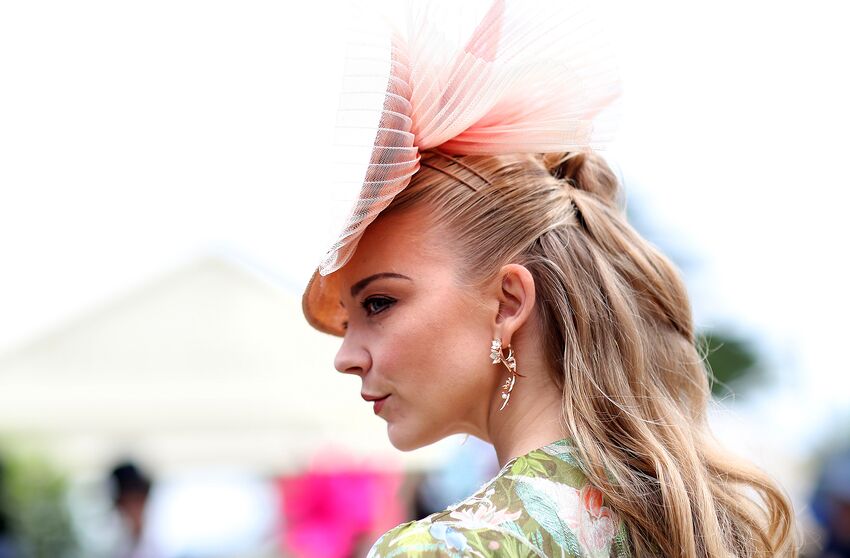 Project Runway review: Holiday party dresses from, not under, the tree by Cristine Struble
The To All The Boys: P.S. I Still Love You trailer is here by Casey Wahl

The first images from the upcoming Penny Dreadful: City of Angels series show star Natalie Dormer rocking the Goth wardrobe of our dreams.

Showtime’s original Penny Dreadful series was a Gothic horror fantasy, complete with real life versions of famous literary characters like the Bride of Frankenstein, Dorian Grey, and more. It concluded in 2016 after three seasons, which were, in large part, a complete story.

Apparently, that wasn’t the end of things, though. Penny Dreadful: City of Angels isn’t so much a sequel as a companion series, set in 1930s Los Angeles during a murder investigation around the construction of the Arroyo Seco Parkway and featuring supernatural elements from Mexican folklore and more.

Earlier this week, the series released its first look at star Natalie Dormer, who’s playing Magda, a literal shapeshifting hell demon. (Um, YES.) According to Entertainment Weekly, Dormer’s character is an “agent of chaos” who can “sow the seeds of disorder.”

“We can heighten the life and death and the violence by using a supernatural figure within the storytelling. She brings the sauce, basically, is what I’m telling you.”

And, let’s be real, anything that lets Dormer rock a look like this is something I’m definitely tuning in to.

Dormer on Magda: "We can heighten the life and death and the violence by using a supernatural figure within the storytelling. She brings the sauce, basically, is what I’m telling you.” #PennyDreadful https://t.co/gbCo73CORg pic.twitter.com/aOYwZ5ftIG

According to Logan. City of Angels “is about the social and personal cost that goes into making a great modern metropolis and how the various forces at play in 1938 are the very forces that are playing now. One hundred years before our show, Los Angeles was Mexico. I wanted to tell a story about a Latino family under pressure because of all the forces at play—not only in freeway building but also in crime, law enforcement, and immigration policy.”

It’s the addition of characters like Magda, of course, that make the series a true “penny dreadful”.

We’ll apparently see Dormer as three different human manifestations of Magda throughout the story. (Just. Imagine. The. Outfits!) Lorenza Izzo plays Magda’s sister, Santa Muerte, an immortal ferrywoman who guides souls into the next life. Their relationship will apparently be quite combative, which makes a certain amount of sense, given that they seem to be two sides of a similar coin.

A complex, messy relationship between two powerful, otherworldly women? Basically: Sign us up for all of this right now.

Next: Where have all the youth gone? Marvel TV needs teen heroes

Penny Dreadful: City of Angels is coming to Showtime at some point in 2020. Are you looking forward to this sort-of sequel?