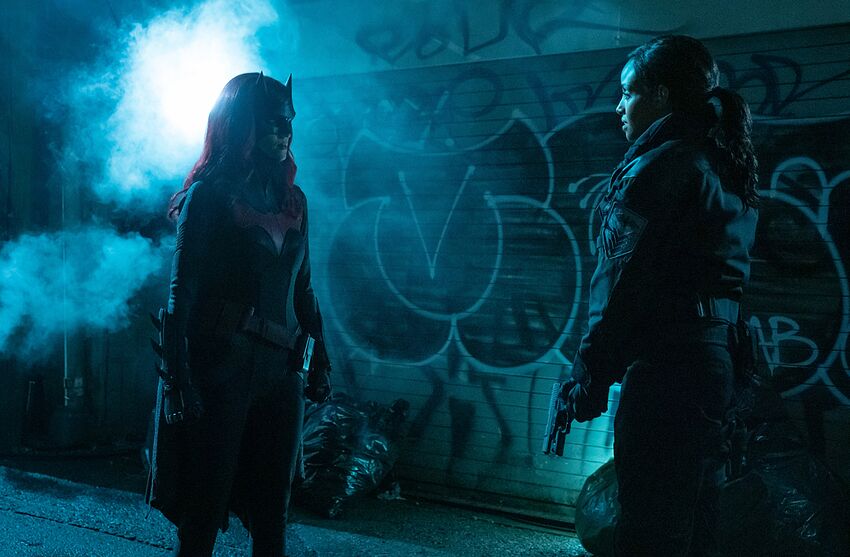 Batwoman’s seventh episode takes a closer look at the emotional baggage between Kate and Sophie, all while amping up the Kane family drama and delivering a massive twist.

Last week’s episode of Batwoman left fans wondering what Sophie would do with the information that Kate is actually the one wearing the batsuit, and this week’s episode followed up on that question. Of course, in the process, “Tell Me the Truth” took a deeper dive into Kate’s former relationship with Sophie — and emotions were high as the two remembered their past together and accepted that they’re still carrying baggage from it.

“Tell Me the Truth” opens with an attack by Rifle, a villain who remains mostly on the sidelines of the episode. Kate prevents the Rifle from assassinating someone from Hamilton Industries, running into Sophie afterward. Sophie threatens to tell Jacob about Kate’s secret identity if she doesn’t tell him herself, putting Kate in quite a predicament.

And Kate’s battle with what to do serves as the primary storyline of the episode, with flashbacks to Kate’s expulsion from the military academy she and Sophie both attended. It’s revealed that Jacob is actually the reason Sophie wound up staying there and lying about her relationship with Kate in order to graduate.

An even bigger revelation comes, however, when Sophie reveals her past with Kate to her husband — and hints at the fact she may still have feelings for her ex, something that’s confirmed toward the end of the episode.

Admist all of the Kate and Sophie drama, Mary is having her own crisis — one that centers on the demise of the Kane family. With Kate, Jacob, and Catherine so preoccupied, she feels like she’s the only one who cares that everything is falling apart. And to be fair to the others, villains and the looming threat of Alice are more pressing matters — but it’s difficult not to feel for Mary, all the same.

We also meet Alfred Pennyworth’s daughter, Julia, who helps Kate and Luke form a plan that will get Sophie and Jacob off their trail. It’s a good thing, too, since Sophie actually tells Jacob that his daughter is Batwoman. So much for heeding Mary’s words, huh?

Julia — who seems like she’d make a pretty great supporting character in a more full-time capacity — puts on the batsuit for their next encounter with Rifle. And that move would have cost her life if Alice hadn’t tampered with Rifle’s weaponry. As she says, she’ll do anything to protect her sister.

Sophie’s admission at the end of the episode is a heartbreaking one, especially when viewers realize that it isn’t Kate behind the mask this time. Instead, Julia gets a monologue about how Sophie would do things differently given another chance — and Kate remains ignorant to the fact that her feelings have always been requited.

Of course, Sophie’s shock at someone else wearing the batsuit is nothing compared to the surprise viewers get at the end of the episode: It turns out that Mouse has been playing the role of Jacob the entire time. With that in mind, it doesn’t seem like Sophie did any permanent damage — though we have to wonder when Mouse began impersonating Kate’s father and where the real Jacob is.

This seems to be the point in the season where the story truly begins picking up, and it’s looking like fans will get an emotional, action-packed second half of the season. With so many storylines, there are bound to be more twists in store for us… and with them, probably more reasons to keep a pack of tissues onhand.

Batwoman airs on Sundays at 8 p.m. on The CW. Check back here on Culturess after each episode for reviews and updates after the show.