Kingsman: The Golden Circle Gets Even Crazier Than The First by Rachel Leishman
How to Get Away with Murder Season 3, Episode 3 Recap: Poor Roulette Strategies by Cheryl Wassenaar
Next post2 of 2Prev
Use your ← → (arrows) to browse 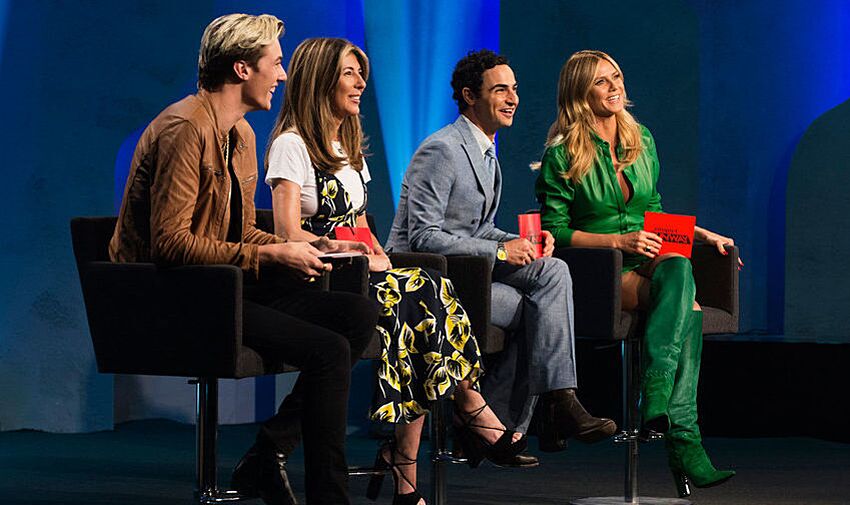 Heidi is wearing a Kermit green leather mini dress and matching knee right boots, which worries me. How many members of the T. Frog family had to die to clothe Heidi? Zac Posen and Nina Garcia are in residence. The guest judge this week is a Model/Actor named Lucky Blue Smith, who doesn’t seem to be hawking anything other than his pretty face. The TimGunn Save™ isn’t mentioned, but Heidi admits the AnthonyRyan Rule™ is compromised, since she’ll have a good idea whose design is whose this week. 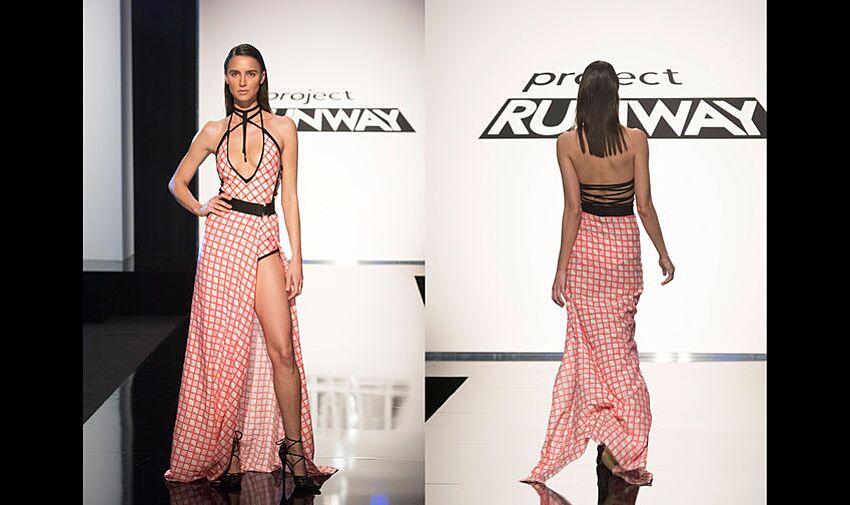 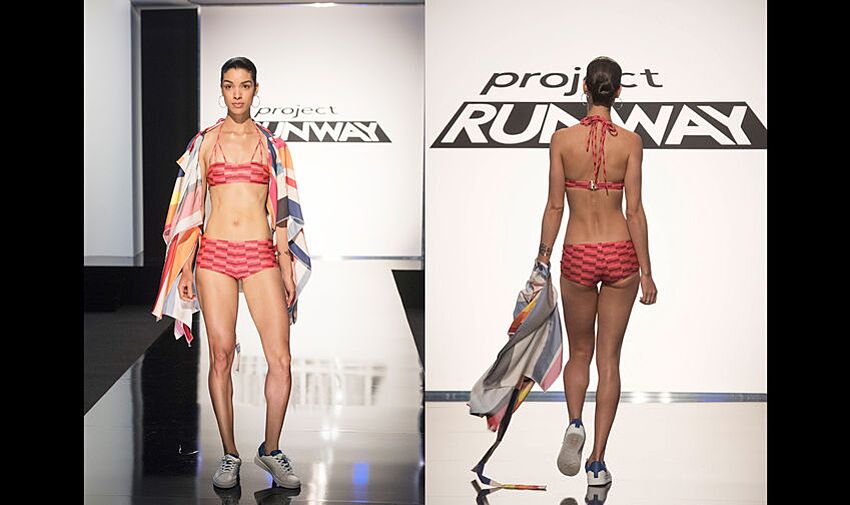 Brik: The top doesn’t fit and gives the model hexi-boob 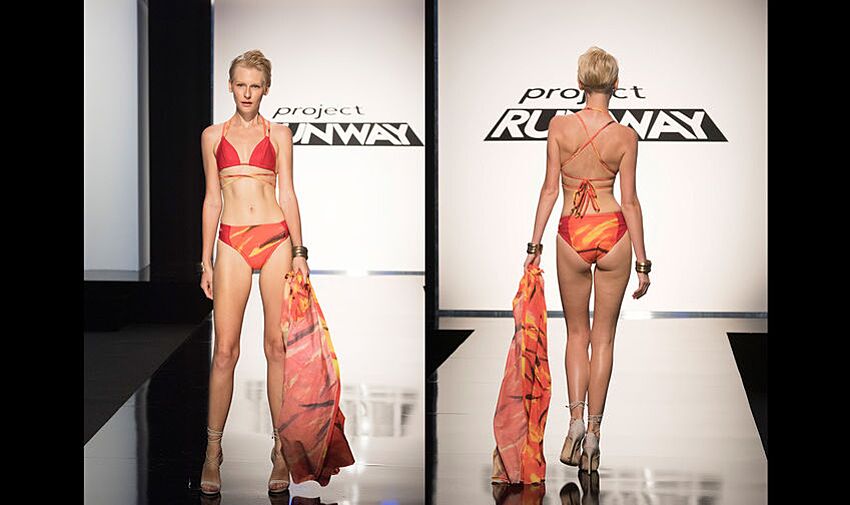 Mah-Jing: The bikini top is still denim, but the rest is not, so that’s something. Cornelius: The top doesn’t fit the model and the bottom is a diaper. The coverup was made in 5 minutes. 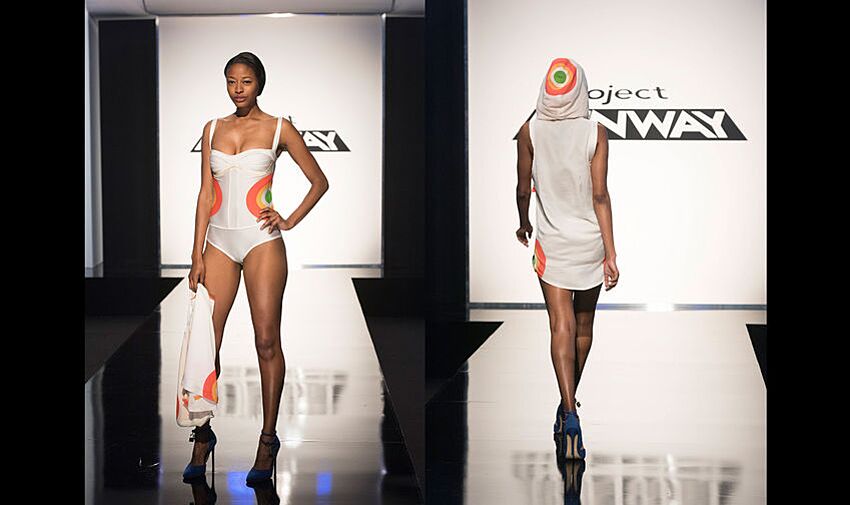 Laurence: The bathing suit top looks like a corset from the front. The hoodie cover up is something I owned when I was 3 years old. 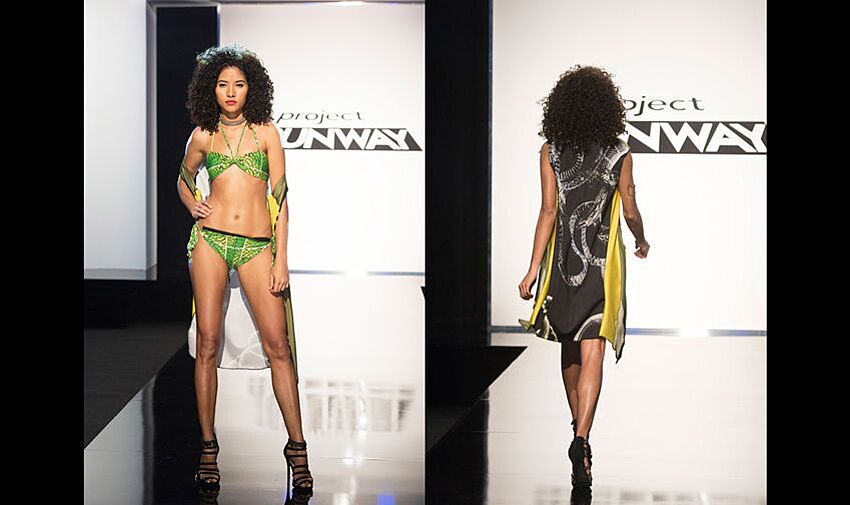 Dexter: With the eyes removed, the dragon scale bikini is not the worst thing you could present to your Khaleesi. 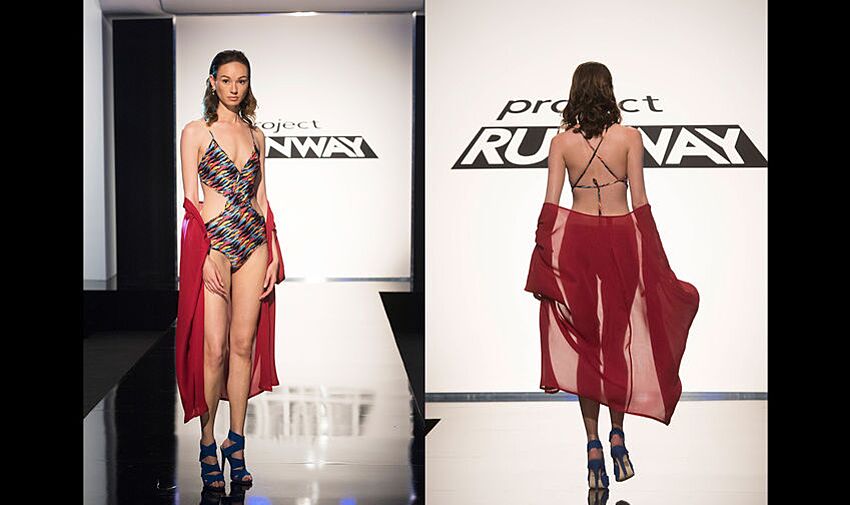 Roberi: The print is good, but I’m not a fan of the shape of the one piece. And the print is what gets this into the top. Nina quibbles it could have been larger, but she admits this is quibbling. She’s also a fan of the shape. I get that, it’s very on trend, it’s just not my taste. Zac even likes the cover up, which doesn’t have much to it, but it doesn’t have to, it just has to have finished edges. 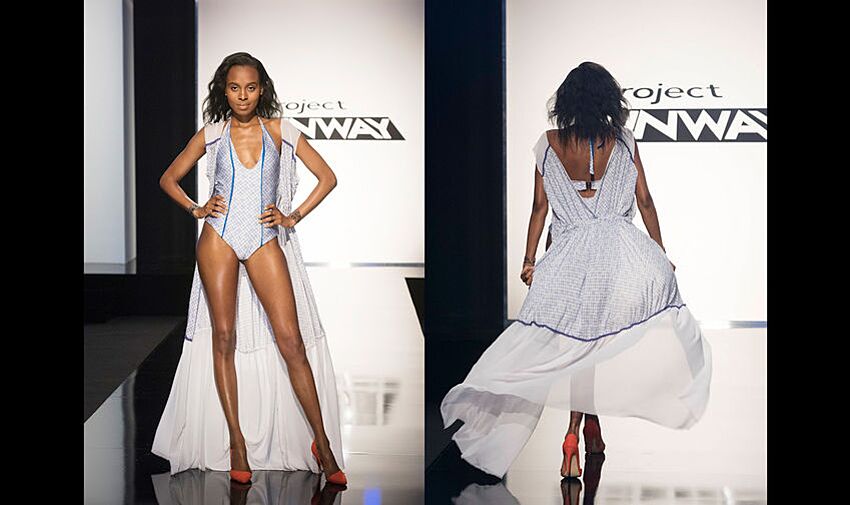 Alex: The bathing suit is blah and the cover up is Little House On The Prairie. Who knew Laura Ingalls was a secret bathing beauty? Apparently the judges did! They love it. But where I see mid-western, they’ve decided “bohemian” and “mediterranean.” It’s a choice! 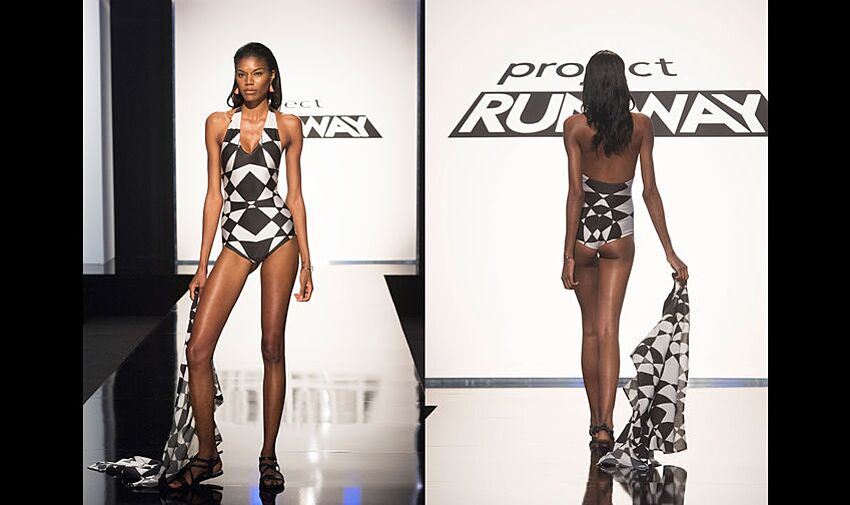 Rik: 1970s modern art suit and matching cover. The judges clearly love it as it walks the runway though. Zac calls this nailing the challenge. It’s the strength of the print and that it landed in such a manner that it flattered the model. Though there are minor fit issues, this is also one of the best fits on the runway, and that counts for a lot this week. He is the clear winner, head and shoulders above the rest, and the judges (and Heidi) thankfully agree. 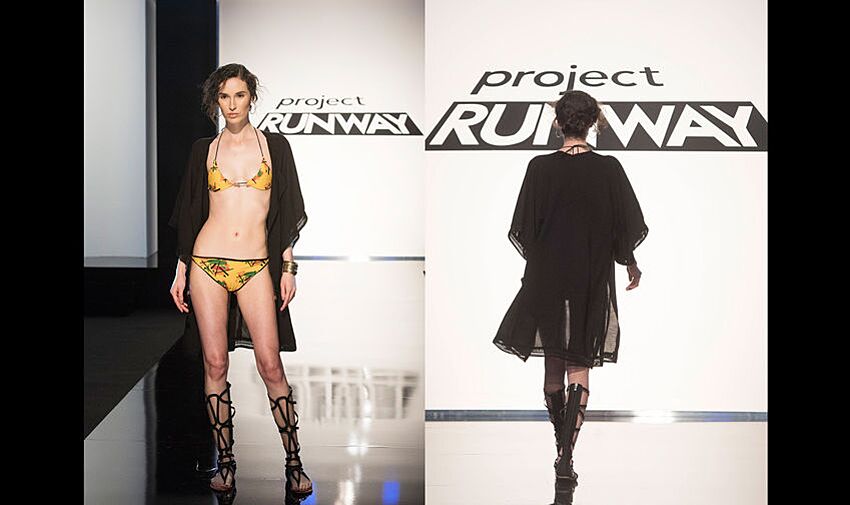 Tasha: The top is literally two tiny triangles held together with spit and yarn. The bottom is no better. The useless model boy tries to be polite. Zac says the print is all wrong for the bathing suit, and it should have been on a vintage piece. Heidi is the only one who is blunt, calling the fit “gnarly.” But clearly they’re not ready to lose her yet, she’s sent to safety first. Jenni: The pant rip away is not the cool effect she thinks it is. The top is really heavy and the bottom is not there enough. Nina calls the print “a yoga mat.” Zac says “Miss Piggy meets the Golden Girls” and “Sporty stripper.” Heidi is clearly pissed that Jenni did not take her advice and change anything after her critique. 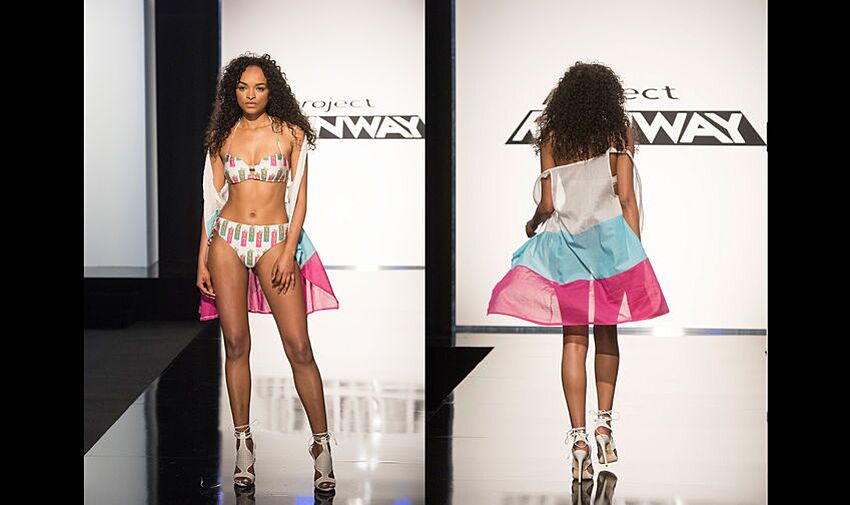 Sarah: The print doesn’t read from afar, but it’s the best fitted top of all the bikinis. But that’s not good enough. Nina hates the print. She calls it a child like print and the suit a child’s two piece. Heidi says the print idea wasn’t bad. Zac says the bottom is “like boys underwear.”

It’s down to Jenni, whose design was old leaning, and who Heidi is mad at for not listening the day before. But the other judges argue that Sarah’s design is so junior, it was downright inappropriate to even suggest having in Heidi’s line. Jenni is lucky that they prevail over Heidi’s irritation. Sarah is out.